Leeds Trinity University alumnus, John Goldthorp, has been selected to represent England Cricket Seniors in the Caribbean Cup 2023 in Barbados – 41 years after he toured the same country with the British Colleges’ Sports Association. 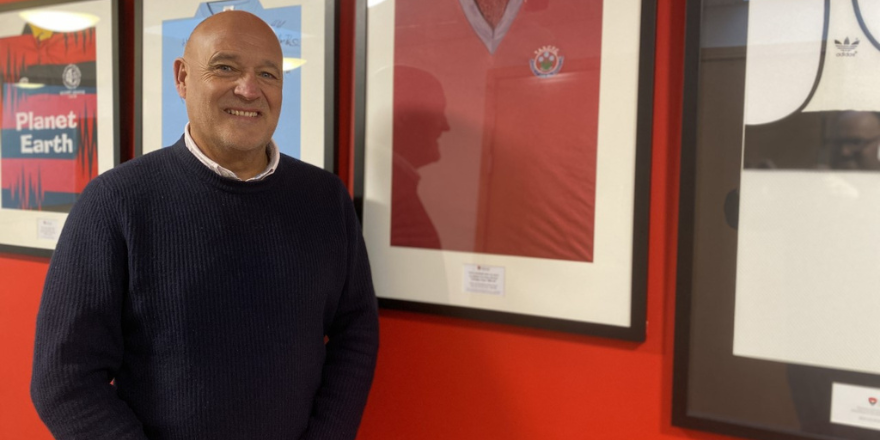 John, who is now 62, studied what was the Human Movement course at the University in 1980 when it was known as Trinity and All Saints College. He was a keen cricketer at the time and was also player and manager of the College’s football team.

He represented the British Colleges’ Sports Association during its cricket tour of the West Indies in 1982. Now, 41 years later, John will be heading back to Barbados for the England Cricket Seniors’ tour on Saturday 28 January.

John, who is a wicketkeeper, will be playing against the likes of West Indies, Australia and the USA during the tournament.

He said: “I am delighted to be selected for the England Cricket Seniors’ tour of Barbados. I’m just as excited as I was as a Trinity and All Saints College student 41 years ago. Hopefully the bowling won’t be as quick as it was then!”

In his early career, John represented Yorkshire Cricket Association, captained Yorkshire Senior Schools and played for Yorkshire 2nd XI. His main clubs over 25 years were Bradford and Bingley, and Farsley where he holds the league record for most dismissals. He has played at Pool Cricket Club in Otley since 2005.

John taught at Priesthorpe School for 34 years and retired recently after two years at Ilkley Grammar School and Menston Primary School. Nowadays, he plays for Yorkshire Cricket Over-60s and works back at Ilkley as a PE supply teacher.

John recently returned to Leeds Trinity University for a tour of the campus and a catch-up with Brett Arnall, Alumni Relations Officer.

Brett said: “I am so pleased for John, he’s an inspirational individual who will always have a huge legacy at Leeds Trinity with all he achieved in sport. He both played for and coached in the men’s football team, one of the most successful clubs we have ever had.

“It is incredible that he is going on a tour of Barbados to represent his country again. To do this as a student and as a veteran epitomises his approach to sport and the importance of training and continuing to learn. He is also a very humble gentleman that we are very proud to call one of our alumni.”

John’s interview with Brett can be found on the University’s YouTube channel.

Read more about Leeds Trinity’s Alumni community on the website.