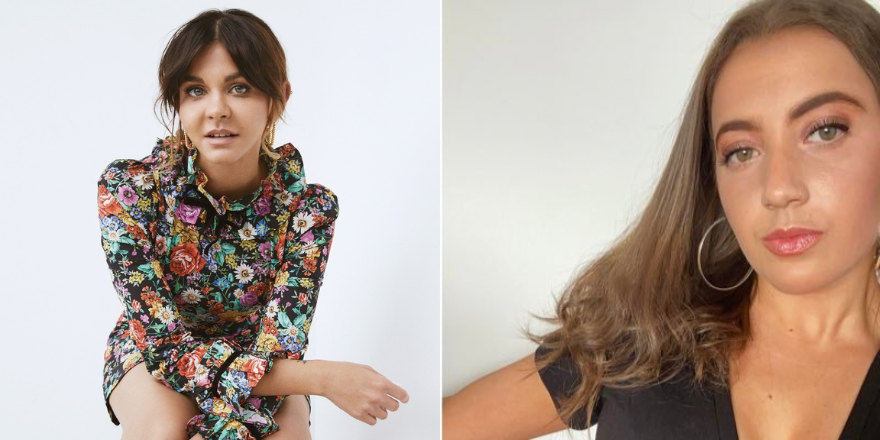 Lauren Layfield, who graduated from Leeds Trinity with a degree in Broadcast Journalism in 2010, has been nominated for a 2022 International Emmy Award, whilst Noa Hoffman, who completed an MA in Journalism in 2021, has been shortlisted for Young Journalist of the Year at the London Press Club Awards.

Lauren’s Emmy nomination comes in the Kids: Factual & Entertainment category for her work on the Newsround Special programme, Let’s Talk About Periods. The show follows Lauren meeting experts, celebrities and children to find out what periods are, people's attitudes towards them and why it's important to open up the conversation about periods.

Noa, who works as a Political Reporter at The Sun, earned her nomination after a successful first year in the job. Four days into her new role, Noa broke the news story about former Conservative MP Chris Pincher resigning as deputy chief whip. She has since reported a number of exclusive stories, having started at The Sun in June.

The International Emmy Awards celebrate the best television programmes initially produced and aired outside of the United States of America and the London Press Club Awards showcase the best journalistic talent in the United Kingdom.

Lauren said: “We’re absolutely thrilled to have been nominated for an International Emmy for Let’s Talk About Periods – it’s the first full-length documentary I’ve ever presented and I have to extend thanks to Leeds Trinity for teaching me all those invaluable journalism skills which made translating a topic, which has often been considered somewhat too taboo for TV, into something so educational and accessible for young people. Fingers crossed for the win.”

Lindsay Eastwood, Senior Lecturer in TV Production at Leeds Trinity University, said: “Lauren was an absolute delight to teach and it was a privilege to help her develop the skills she needed to pursue a successful career in broadcasting. It makes me feel so proud to have been part of her journey and seeing her continue to flourish and nail every role she tackles – from being hilarious on CBBC to presenting hard-hitting documentaries. She's a great talent and I'm so pleased all her hard work has been recognised with this award nomination.”

Jenny Kean, MA Journalism Course Leader at Leeds Trinity University, said: “Noa was an outstanding trainee when she did her MA in Journalism with us, and it’s been thrilling to see her success since graduating.

“Holding power to account is central to what we teach our students, and Noa has put these skills into action with her exclusive for The Sun on deputy Conservative Party whip Chris Pincher that effectively brought down Boris Johnson’s premiership. She thoroughly deserves this award, and we are delighted for her.”

Noa said: “I’m incredibly honoured to be nominated for this award. Working in the Lobby is an immense privilege and something I’m grateful for every day. It’s lovely to be recognised for my work in it and even more so to be recognised alongside young reporters who are extremely talented.”

Fellow alumnus, Michael Herrod, who graduated with a degree in Bi-media Journalism in 1995 and now works as Head of Foreign News at ITV, recently won an International Emmy Award for his contribution to the ITV coverage of the Storming of the Capitol in America in 2021.