Leeds Trinity University student Jess Harrap has been nominated for Sportswoman of the Year at the Bradford Sports Awards 2022. 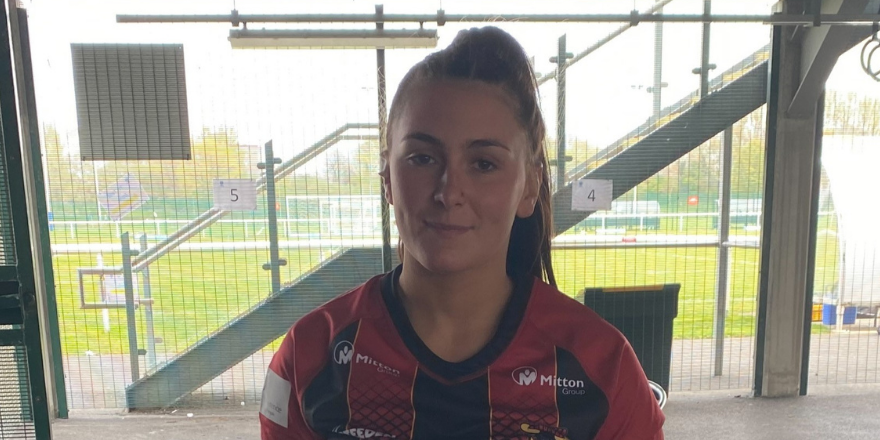 Jess, 19, has been nominated in the Senior Achievers category after a successful year in rugby league – captaining Bradford Bulls Women and being selected for the England Students Women’s Rugby Football League squad.

Jess, who is currently in the first year of her Physical Education and School Sport degree at Leeds Trinity, was also named as the Bradford Bulls’ Players’ Player of the Year and Forward of the Year at its end of season awards ceremony in November.

She said: “I was really shocked at first when I found out I was nominated for Sportswoman of the Year at the Bradford Sports Awards 2022, I really didn’t expect it.

“I’m really proud of myself to just be in the running for this award and it feels like all my hard work has paid off over the past year.

“It’s been an incredible year for me in captaining my club and being selected for the England Students Women’s Rugby Football League squad, and this is another proud achievement.”

Sarah Todd, Sports Development Manager at Leeds Trinity University, said: “Congratulations to Jess on being shortlisted for Sportswoman of the Year at the Bradford Sports Awards 2022. What a fantastic and inspiring achievement, especially at such a young age.

“To have rugby league players from the women’s game being celebrated for their successes at events such as the BSA is great for the sport. Visibility is key and I have no doubt she will inspire more young girls to take up the game. Best of luck Jess, we’ll be rooting for you on the night!”

Jess will be up against taekwondo star Ellie Bowden and Bradford City Women footballer Maisie Norde at the awards ceremony on Thursday 31 March, which is being held at Bradford Hotel and hosted by the BBC sports reporter Tanya Arnold.

She is now preparing for the start of the Betfred Women’s Super League season, with her side Bradford Bulls taking on Featherstone Rovers in the first round on the weekend of 14 – 15 May.

Jess will also link up with the England Students Women’s Rugby Football League squad as they prepare for games against Great Britain Teachers Rugby League and the Royal Air Force (RAF) Rugby League later this year.

Leeds Trinity University offers a Talented Athlete Support Package to help athletes competing at a high level in their sport to manage their studies and their sports careers. The athletes are able to access additional support including to the University Strength and Conditioning Suite, tailored sport science testing and support, and learning and teaching support to manage training, competing and completing their studies.

Read more about Sport and Fitness at Leeds Trinity University on the website.