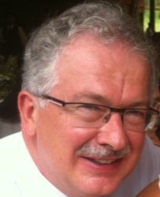 Owner of the Wingate School, Mexico

In 2016 I opened a family-run British international school in Mexico City called The Wingate School.

My fondest memories from my time at Leeds Trinity

My fondest memories are of the thoughtful teachers. For example, Mr Starbuck and Dr Colin Wood.  I also recall some very interesting fellow students. Naturally, I remember cutting my teeth teaching in the local schools! This was an experience not so fond in the memory, but it was totally necessary, nonetheless. Speaking as 'a Southerner,' Leeds was a great part of the country to be in. Going on a bus out of town suddenly drystone walls and, beyond them, vivid green fields appear. Visiting those Fountains Abbey ruins for a day out was awesome, too! Last, but definitely not least, there was an excellent and most accessible pie and chip shop at the bottom of the hill! How my time at Leeds Trinity supported my career

What I learnt at Leeds Trinity was hugely influential in my career. I built on those foundations, sure, but the foundations have to be solid. My studies taught me resilience and that great teaching is a long process and not a moment.

My career after graduating from Leeds Trinity

Since graduating from Leeds Trinity University, I have decades of teaching experience in schools around the world, including the City of London School, Wesleyan School in Atlanta, and Greengates IB School in Mexico City, where I lived on and off since 1986. Opening my own schools in Mexico

In 2016 I opened a family-run British international school in Mexico City called The Wingate School. I was a principal founder with my wife, Elena Espinosa de los Reyes de Wingate The school has two locations: a Primary School in Virreyes (that opened in 2016) and an Early Years, Primary and Secondary School in Interlomas, Huixquilucan (that opened in August 2017).

The Wingate School is a co-educational day school with a focus on the "intellectual, emotional, social and moral development" of each child.  The school will follow the British Early Years Foundation Stage standards for children up to the age of five. This will be followed by the International Primary Curriculum, the Cambridge GCSE for 14-16 year-olds and, finally, the International Baccalaureate Diploma for 16-19.

Aspirations for the first year

At the end of the first year all I wanted was to end the year still standing with the initial intake of 30 students! It's such a complex and exhausting process setting up a school. Seriously, to answer the question, that the children ended the school year knowing that they have been cared for, have respected each other, and, of course, have learned a lot in an inspiring way. I here refer to our motto: "Strive, Learn, Serve". So, the wish is that the children understand it more and more. Naturally, the ultimate aspiration of an educator is that the child gets up in the morning and really wants to go to school. The response from the Mexican community

There has been a very positive response. In terms of initial applications, about 50% Mexican, 50% families with overseas backgrounds. And applications continue, of course. Having the USA across the long Northern border, plus Mexico being part of NAFTA, means that for many Mexicans, learning English is a key skill. The planning process to launch the schools

In my mind, the planning took many years. Focused planning and gritty work? Just over two years. Unsurprisingly, the larger purpose-built campus at Huizquilucan opened its doors in August 2017 and has been the greater challenge. What has been especially gratifying is seeing how many of my old pupils (from a Mexico City British school where I worked a long time, with four contracts since 1986) have come to our presentations for parents. Now with families of their own, they looked for options. In fact, I cannot think of a single presentation, and there have been many, where ex-pupils have not been represented.