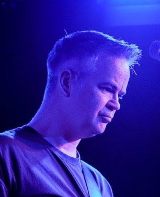 I was alerted to Trinity University (or TASC as I knew it then) by a family member. I wanted to study History, and realised soon after joining TASC that combining academic study with a professional study, Public Media, was a smart move as this enabled me to pursue diverse interests during my degree experience.

In terms of the location of the campus I also liked the relatively small-scale of the place and the community spirit but also the relative ease of travelling into Leeds. On my first day I stumbled across two fellow students that I knew from my A-level studies in Manchester, both of whom became lifelong friends. On reflection – and after working for three decades in HE - I can see that TASC was clearly pioneering and academically progressive in terms of media education and vocationalism; many other institutions were still trying to catch up many years later. The Public Media course was flexible enough to accommodate diverse student interests in media related careers – in my case popular music topics and electronic music became the focus of my dissertation and practical major projects. In particular Public Media lecturer Richard Woodcock was very supportive of my music production interests. As well as great course content there was also access to sound recording and video technology that any students could take advantage of.

My first two placements were with Richard Rouska’s record label in Leeds and with music promoter Nick Toczek in Bradford and through these I learnt a great deal about music promotion, and I became involved in the Leeds music scene through joining Richard’s band WMTID.

I undertook another placement at Strawberry Studios in Stockport where many of my musical heroes including Joy Division had recorded. This gave me a great opportunity to learn more about professional studio production and further pursue my interests in music and technology. I even got the chance to record some tracks at Strawberry and returned several times after my placement had finished. I am still in touch with a number of people I encountered in these placements. Towards the end of my degree I became very interested in cultural theory and wanted to study this further. In support of this I studied for a PGCE (Sec. 11-18) at the University of Hull as I felt part-time postgraduate study alongside a lecturing career was the best option for me. I completed an MA Media in 1997, and in 2013 was awarded a PhD in Creative Music Technology for my practice-as-research thesis ‘Sounds of Future Past: the Poetics of Electronica’.

Between 1991 and 2019 I taught full-time in popular music studies, music technology and media and cultural studies at HE institutions including the University of Plymouth, Solent University and Anglia Ruskin University. As a Senior Lecturer, Principal Lecturer and Associate Professor I instigated undergraduate curriculum development in media, music, popular music and music technology, established several degree courses, and founded the music department at Solent University. I am now an independent music scholar and musician and am working on a number of writing and music projects.

I have published several academic studies on electronic music, music history, music technology, punk and post-punk. I co-edited the books Kraftwerk: Music Non Stop (2011) and Brian Eno: Oblique Music (2016) published by Bloomsbury Academic. On 6 October 2022 a third book, The Velvet Underground: What Goes On was published, with another on Talking Heads in development. I am also contributing editor (Music Technology) for the Bloomsbury Encyclopaedia of Popular Music of the World.

I have been involved in electronic music making since my days recording songs and electronic dance music in the studio at TASC in the mid-1980s. I currently produce and release ambient and electronic music as ghost elektron, and electronic music with Professor Martin James (Solent University and a fellow writer) as Nostalgia Deathstar. I also work with Martin on the State of Bass label - named after Martin’s seminal book on Drum and Bass - including contributing to and mastering the Generation Blitz compilation album series.