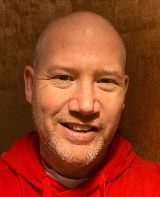 Doing the role has allowed me to be gain the tremendous accolade of becoming a Freeman of the City of London.

Why I chose to attend Leeds Trinity and my best memories

I chose TASC (as it was then known in 1992) as I came from a small town in Cumbria and wanted to be part of a smaller community. Being on the edge of Leeds was an added bonus and the mixed nature of the course with a professional qualification also appealed to me.

I wanted to leave my options open in terms of whether I pursued a job in education or the sporting ‘ecosystem’. I have many happy memories and engaged with many sports during my studies including cricket, rugby and athletics. I really enjoyed taking part in the National Universities championships in Edinburgh.

I made many friends who I am still in touch with, mainly through social media. Doing an education course I did four long term placements in Bingley, Harehills and Adel and then one in Poland. They were all very varied. The most challenging was in Harehills where I honestly struggled with a lively class where the teacher was on long term sick leave. TASC were very supportive and what was most enjoyable was delivering a project in the school ten years later and receiving ‘Excellent’ feedback.  The most enjoyable experience was the teaching practice in Poland at the end of my degree.

I enjoyed the practical nature of the course, and one cannot forget the sessions delivered, in his own inimitable style, by Wilf Paisch who was the Leeds United Strength and Conditioning coach among other things, and later became my coach. I can also still laugh at myself teaching music and admittedly being, in Ofsted words: ‘Inadequate’.

Leaving with a new skill set and entering the sports sector

I think the best thing I had when I came out of University was being ‘work ready’. I have seen, throughout my career many graduates who do not have these skills. The nature of the community that attending TASC created also allowed me to develop good co-operative skills.

I left education in 2011 after developing as an advisory teacher and gaining the National Qualification for Headteachers. I entered the sports sector holding several jobs in rugby.

However, more recently, I have been CEO of Goalball UK, the National Governing Body for the paralympic sport of goalball. Goalball is a fast paced, action packed, 3-a-side indoor game of attack and defence designed for people who are blind and partially sighted. The job is brilliant. Someone once said: if you find a job you love. You never go to work again. This is the case for me. The sport is tremendous.

Goalball was ​invented in 1946 to help the rehabilitation of blinded war veterans and was introduced to the Paralympics in 1976.  It is one of the only sports specifically designed for visually impaired (VI) athletes, rather than a derivative of another sport.

​Only 11% of people with a Visual Impairment (VI) participate in at least 30 minutes of physical activity per week, compared with 39% of the general UK population. This is a situation that helps to perpetuate issues around physical and mental health, as well as social isolation.

For the last decade, Goalball UK has been working at the heart of this community, the largest cohort within the disability spectrum, to provide transformational opportunities to experience the challenge and joy of team-based sport. Whilst we strive to succeed as a nation on the world stage, for many of our players and athletes their ‘medals’ are won each day as they are increasingly able to live independent and confident lives. Doing the role has allowed me to be gain the tremendous accolade of becoming a Freeman of the City of London. Something I am very proud of.

My advice to students thinking about a similar journey

My advice would be simply ‘go for it.’  I have not regretted a single moment.