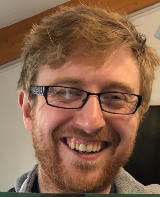 It helped me to enjoy receiving feedback on my writing and to be more objective about criticism. It’s a real skill to know when to trust someone else’s opinion and when to trust your instincts.

What inspired my love of writing

I was raised to be interested in people, which is a nice way of saying ‘nosy’. But that’s an important quality for being a writer. I grew up in a village with a very chatty family, so I picked up that Alan Bennett style of conversation where small talk and small details mean everything to everyone. I met new people often as I delivered milk and papers, which meant that talking to different people and asking them about their lives is quite normal to me, even if it is a little odd.

My style of writing

I’ve been told I’m quite leftfield and have a very distinctive tone of voice, which I think is a compliment. I guess my writing sounds like how I speak but it goes on fewer tangents. Or does it? I don’t know. I do enjoy talking and writing absolute nonsense sometimes which I guess is the main stylistic quality.

I think my first ‘proper’ performance was when I was in ‘My Fair Lady’ in year 9. I got to play a drunk bloke even though I had no experience to back up the performance. But it got some laughs. I also made embarrassing video sketches around that time and started playing in a band.

I think I always had the ambition to do things by myself, partly for my ego, but mainly because it was a kerfuffle to organise other people. It wasn’t until I was in my second year of university that I braved doing stand up for the first time.

I knew I always wanted to tell stories in some way, but I was more modest about it as a kid: I would draw cartoons and leave them for people to find. Eventually I came to my senses and realised I’m a loud mouth who loves attention.

Why I chose the MA in Creative Writing at Leeds Trinity

It was a great opportunity to focus on writing a longer piece. Everything before that was a short story or a blog and I wanted a little help to push me further with that word count, with developing a story and developing myself as a writer. There was no other choice. I had studied as an undergraduate and knew the tutors well, so I knew I would be learning from good folks who I could trust to be genuinely interested in my creative projects

My MA experience at Leeds Trinity

I was not expecting how welcoming and supportive it would be and how much this doesn’t just stop after the course. I’ve made many friends on the course who are also people I can trust to provide critical feedback. I know that this is unique to our group. There are folks before and after our group who have been continuing their own group discussions and sharing their work.

It helped me to enjoy receiving feedback on my writing and to be more objective about criticism. It’s a real skill to know when to trust someone else’s opinion and when to trust your instincts but I felt the MA gave me plenty of practice. Also, it helped me to learn that I work much better to a deadline. There’s much more but these two things I know have helped me professionally. I’ve been able to work on some interesting projects and clients but it’s the smaller, more personal projects that have been highlights: I published a couple of short stories in the WordSpace anthologies and been asked a few times to speak at events about writing and creativity.

My advice for anyone considering the MA in Creative Writing

Remind yourself that you’re doing this for you. It’s not to further your career (even though it can help) it’s not to make loads a money (we’ll see about that) but it’s about pushing yourself as a writer and a person.