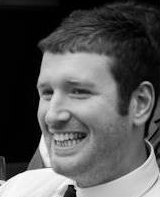 Head of Student Life at University of East London

Over six years of studying, working and living at Leeds Trinity, it's difficult to put into words the impact that being there had on me.

I had a lot of friends studying in Leeds already and having visited, was keen to move to the city. The course content looked interesting and I was set on studying a degree in theology.

The value of the Theology course

The broad mix of history, ethics, philosophy, politics, psychology and religion that was covered over the duration of a theology degree made it a fascinating subject to study.  Anyone interested in understanding where things have come from should really enjoy it. You learn to see the world in a different way, recognising that rifts in civilisations have ancient contexts that are entrenched in tradition and rituals that have evolved over time.

How my time at Leeds Trinity supported my career and life

Over six years of studying, working and living at Leeds Trinity, it's difficult to put into words the impact that being there had on me.  I've got so many incredible memories and learned so many things it makes it hard to know where to start. I guess the most significant thing I took from my degree was the ability to think; to always approach new ideas in a critical way and evaluate their strengths and weaknesses. From sport, I took a wealth of experiences and memories of punching well above our weight in a strong Rugby League Club, with representational honours for Ireland Students, plus lots of fun in the annual Staff and Students' Charity Netball Competition.

I also learned a lot about leadership as I did a poor job in the role of Chairman of the Rugby Club. Socially, I made some amazing friends in halls, in the canteen, at the Chaplaincy's Tea on the Landing, on retreat, on sports tour in Italy, and amidst the countless nights out and hungover days!  For my career, I'd say studying a degree which opened my mind and taught me to think, combined with the opportunity to be President of the Students’ Union for two years.

I undertook two placements whilst studying. At one stage, I had been considering a career in teaching, but a six-week placement at a secondary school left me knowing that would not be my path. I don't regret that at all, as it has shaped what followed and I'm very grateful to have had that opportunity to learn and fail and grow.

My next placement was in the Students' Union, which ignited my aspirations to run for President and has had a direct bearing on the shape of my career since that time. Here I am with other SU sabbaticals and staff (third from the left) at the 50th Anniversary Celebrations at The House of Commons in 2016.

Being President of the Students’ Union for two years

The key achievement over two years was taking the Students’ Union to a strong and sustainable financial position, having had no business or management training. I managed to steer the ship around and achieved a year-end profit of £45,000 at the end of my first year. We increased investment in the second year and still managed to get a £30,000 surplus. We did loads of entrepreneurial activities which brought in revenue and transferred costs to suppliers. It was good fun seeing the savings build back up. It was also very rewarding to leave it in a strong condition.

In addition to this, I enjoyed watching new societies spring up, such as the boxing club, and new partnerships were developed to improve the entertainments and activities schedules. In the financial context, our Sports teams were encouraged to develop more proactive approaches to generating their own funding, which was a challenge in itself as different clubs were used to getting different amounts and we standardised the quantity, putting in place an additional money request procedure.

After completing my two-year stint as president of the Student’s Union in 2010 I secured a role at the University of East London (UEL) where I have continually progressed my career. I started as Student Liaison Officer, beating over 200 other applicants.  I was then promoted to Head of Student Life Projects, followed by Student Experience Manager. Following this I was made Head of Student Life with a responsibly for driving strategic enhancements in the social wellbeing of students, with operational management responsibility for Residential Life (1170 beds, 10 buildings), Student Conduct, and Residential Summer Conferencing (income circa £2m).