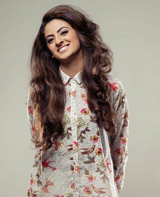 The skills I gained and the techniques I learnt are all still a part of me today.

What a job at BBC Asian Network meant to me

To get a job at the BBC Asian Network has been nothing but a dream. When I say that, I literally mean that. From a young age I've always played around and said "I'll be in that seat one day" and even though it's taken years of hard work to build recognition, it's happened. Or should I say it's happening! I can't put into words how grateful I am for this opportunity. It's so exciting to be starting a new chapter where I've always wanted to be.

My previous roles with Fever FM and All Star FM

I worked with Fever FM for nearly a decade. It all started with a six-week placement which led to a permanent weekly show. As the years went by, I began to enhance my skills and ended up broadcasting three shows a week, including a Tuesday morning Breakfast Show which starts at 7.00am. So you can already imagine the amount of sleep I got the night before, being an insomniac! But work is work and you've got to do what you've got to do.

I joined All Star FM in summer 2014, an online station that featured only the best of Leeds' DJs. This was an amazing platform to be a part of; to be amongst those individuals, with my own Urban Show, was amazing. All Star allowed me to share my love for music in a more diverse way, I was really happy to have been given the opportunity.

I came across the Asian Media Awards by chance and thought nothing of it. My friends were all telling me to go ahead, so I did. Never did I ever think I was going to be shortlisted out of hundreds of other applicants! I made it to the ceremony and was selected in the final four candidates. This was one of the best days of my life and by far one of the most amazing highlights of my journey. It had a huge impact on my career. It made people take me a lot more seriously and it also made me look very professional. I can't thank those people enough who believed in me to get that far.

My favourite memories from my time at Leeds Trinity

If I had to pick my favourite moments from Leeds Trinity, it would be difficult because I shared a lot of special moments during my time there. But I will never forget the time when I had to present my final pieces on screen, during my postgraduate course, in front of a panel that also included professionals from the BBC, as well as ITV. The feedback I gained from that presentation was incredible. It was one of the best feelings ever to know people within the industry were crediting my work. I'll always remember that.

I have to say a huge thanks to everyone at Leeds Trinity who I crossed paths with during my time there. If it wasn't for the amazing tutors who helped me, day in and day out, to make me achieve the best I could - this journey would have been a hundred times harder. Both degrees – my undergraduate and my postgraduate – have played a huge part my success. The skills I gained and the techniques I learnt are all still a part of me today. Interestingly, the showreel I created at Leeds Trinity was still a part of my work submission when it came to applying for different roles.

I would like to give a special thanks to Richard Horsman (former Associate Principal Lecturer in Journalism) who was an incredible support system for me as an individual. Without his continued help, encouragement and words of wisdom, this journey would have been completely different. Richard was somebody who believed in me no matter how much I struggled during my time at University and he would do anything he could to pick me back up because he knew I had it in me somewhere - even if I was a pain to deal with!

My advice to anyone who is wanting to go down a similar route as me would be firstly, to believe in yourself. If you can tell yourself "I can do this", it will make your journey not just easier, but more exciting to be on too. Self-belief is so important. There were times when I was close to giving up and ending the road, but I realised that if I sat down and quit, I wasn't going to get anywhere. You are so lucky to have such great tutors around you at Leeds Trinity, make use of them! That's what they're there for.

I know I've worked really hard to get where I am, but sometimes it's also hard doing it alone. I know you may hear this a lot, but after seven years of chasing my dream, I strongly believe in it now - never give up! You will have setbacks, you will have people putting you down, you will have things going wrong at times, but we're all human. We all go through it. Nobody has an easy ride, but it's all worth it in the end. I didn't come out with top marks, but I came out with persistence, passion and drive. If I can do it, so can you.