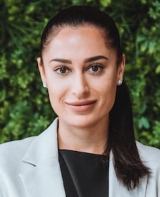 Equality is one of the main values I hold close to my heart, and I used this as a catalyst to create one of my best standalone projects at University.

Life and inspirations before my studies

Prior to Leeds Trinity, my background included being a member of the UK Youth Parliament and working closely with various Anti-Fascism groups. One of the Media modules, in particular, Radio, taught me how to access a new audience through the use of provocative thinking. Equality is one of the main values I hold close to my heart, and I used this as a catalyst to create one of my best standalone projects at University. I visited Anti-Fascist demonstrations around ­­the country and took audio footage (vox pops) from protestors both for and against the cause. This allowed me to share an unbiased view of the demonstrations, whilst gathering real insights and opinions from people of all races and walks of life – which also broadened my own horizons. I chose to attend Leeds Trinity as it specialised in Media, which is what I went on to study. I love connecting with new people and was interested in learning about all the different ways a single message could be communicated.

The course was a great insight into the real world of Media. It really threw us into the deep end, by pushing us into areas which we were passionate about and allowing us to explore issues which we were personally invested in. The course provided me with the knowledge and tools to put myself out there and form a piece with the potential of making a difference. This is when I realised that studying Media wasn’t just a degree, but more a gateway into creating genuine change.

One of my standout moments at Leeds Trinity stemmed from when I was writing my dissertation about ‘The questionable methods of charity advertising’. There were moments of doubt, as I’m sure all students have, but my lecturer reassured me that if I continued to pursue what I’d started out to do, I’d accomplish my end goals. I achieved a very high mark for this. Whilst at University I undertook a number of placements, including OxyFire Media Creative, where I had the fantastic opportunity to do the voiceover for a documentary called ‘My Dangerous Loverboy’ which brought issues of underage sexual exploitation to light.

I also worked at The Buy Yorkshire Conference, which connected 5000 delegates with industry leaders and ‘billion pound’ guest speakers from some of the world’s most successful businesses (including Google and IPM). By working on the north’s biggest B2B conference and exhibition, I learnt fantastic PR and management skills, which were then utilised later in my career as the PR and Marketing Manager at Genting Casino.

Part of my role for the conference was to secure guest speakers to come and inspire our delegates with zero budget! One of my proudest achievements was getting the Director of HS2, Alison Munroe, to attend the conference to form part of our speaker line-up. I knew that due to the nature of HS2 and the controversy surrounding the plans to expand tracks across the UK, she would have been an extremely controversial guest. My hope was that by having her as a speaker, it would create a talking point and interest amongst delegates, however, it resulted in a demonstration of protestors outside the conference who had a huge inflatable cow with ‘stop HS2’ written in red down the side. At first, naturally I was worried about how this could cause negative press and reflect badly on the conference, but by the end of the day, the event had been on both the national news and radio several times; ultimately raising the profile of the conference and creating a wave of free publicity across social media.

How my career panned out after graduating

My first job, fresh out of university, was as a Marketing and Events Assistant for student-focused bar and restaurant group Arc Inspirations, which operates well-known brands including The Box and Manahatta. It was great to be working with the specific demographic that I had first-hand knowledge of, which allowed me to design and implement fresh and exciting campaigns.

As Leeds Trinity is more on the outskirts of Leeds, in Horsforth, I was conscious that first year students were potentially missing out on the fantastic nightlife that Headingley had to offer (which is something that slightly impacted my own experience). Taking this into consideration, I went on to set up and manage the ‘Headingley Heroes Bar Crawl’, which was a fantastic event over the two years that I ran it. I liaised closely with Leeds Trinity and arranged for double-decker buses to collect freshers from the campus and bring them to Headingley, where they were given exclusive promotions and discounts for the bars we toured around. This introduced the students to a fresh range of venues, whilst also resulting in new, repeated custom for the brand.

Whilst in the role as PR and Marketing Manager at Genting Casinos UK, I assisted with the entry of the ‘Best Bar None’ Awards (which we’d never taken part in previously) and we went on to win three prestigious awards including ‘The People’s Choice Award’, ‘Best Chain’ and ‘Best Entertainment Venue’ which was a real career highlight.

Another proud moment was organising the charity run between all three local casinos (including Grosvenor and Napoleons). Traditionally, the three venues would never work together or co-operate, as they’re seen as competitors, however, it was great to be able to bring them together for a meaningful cause, which was to raise awareness around responsible gambling. I was also able to utilise the event skills from my work experience to co-ordinate corporate Golf Days, which raised thousands of pounds for our selected charities.

Today, I feel like I’ve come full circle, as I’m now working for a company which also puts students firmly back into my limelight. At UniHomes we aim to make the university student’s journey as seamless and stress-free as possible, by helping them to find their dream home whilst taking care of their utilities. I know first-hand that where you live at university plays a vital role in your overall student experience, so being able to throw myself into this company has allowed me to ensure other students have the best three-plus years of their life! I work on a range of areas, including the implementation of huge marketing campaigns, I’ve established and manage a nationwide database of 80 student brand ambassadors – and I also work on creating partnerships with big brand names which students know and love (such as Missguided and Taco Bell).

For any students interested in Media, I would reiterate the fact that it can open a number of doors, which allows you to explore a wide range of career choices – and most importantly, all of the skills are transferable. Although I haven’t had an easy life and have had somewhat a difficult upbringing, I’ve been inspired by the experiences I’ve learnt at university, and this has led me towards new opportunities such as recently being elected as a member of the Sheffield Chamber of Commerce council for a three-year term which is a huge personal achievement.

I’m proud of my journey to date and by putting in the dedication, deciding to take risks, and snatching off anyone’s hand who would give me experience, it has ultimately landed me my dream job. I now have the freedom to work on incredible ‘out of the box’ operations, liaise with famous influencers and make a difference in the student-focused industry that I care about.