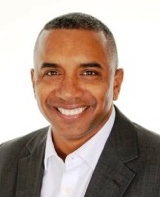 I’m doing things that make a difference to the planet on issues like climate change.

Being from London, while I had a choice to go to study in London, or in a place 200 miles away, I wanted the challenge of going somewhere where if it all went wrong I couldn’t easily run home. So, I chose Leeds Trinity. That and the fact everyone was so nice. It also helped that when I first went there for an interview the sun was shining. My most memorable student experiences

I did geography, so the field trips always stand out. Two of note were to North Wales where on one of the days, we went to Wylfa Nuclear Power station. Being that close to a nuclear reactor still sticks in my mind. The second was a trip to Bordeaux, which was memorable for so many reasons!! Outside of studying, I took up playing the bass guitar a little while before I went to Leeds and while there had the chance to practice a lot and play with a number of people, most notably Matt Button (Class of 83). Many a Saturday afternoon was spent in AG13 (a common room in the complex) just the two of us making a noise.

After Leeds, I was lucky enough to get a little better and play and record all over the world, including with the likes of people like George Michael. It wouldn’t have happened without going to Trinity. Matt and I still collaborate every now and then in London and we still laugh a lot about those days. I also met one of my closest friends Giles Fairmann (Class of 82) at TASC, so life-long friendships is something that I didn’t realise at the time Trinity would give me, for which I will be forever grateful.

I guess the biggest challenge was getting used to being in Leeds. Before social media and email, communication with my friends at home was always limited.

How my time at Leeds Trinity helped my career

I studied Geography with Public Media. Both of which have a role in what I do now, which I realise is pretty rare. One of my placements at the end of my second year was for six weeks at a communications agency called Charles Barker and the person who looked after me then became one of my mentors after I left Leeds. We are still close friends and he is still one of the people I turn to today for advice.

I’m Global Head of Marketing at ERM, which is the world’s largest pure-play sustainability consultancy. Broadly speaking, what we do is try to mitigate the impact to humans, wildlife and the environment from the activities corporations undertake. So, as an example, in this country we worked with Sky TV to help in the design of their set top boxes in terms of responsible sourcing of materials and a recycling programme for old boxes to reduce waste.

As such we tend to work with organisations that have the biggest impact on the planet, namely the larger oil and gas, mining, power and technology companies. So, my role at ERM is two-fold. Firstly, to look after the firms marketing agenda around the world to promote our services. And secondly, it is doing client work when I can, principally around the areas of communications and reputational risk. There have been too many to name. Playing wise, I guess I’m lucky enough to have played in places and with people money can’t buy and with my day job knowing I’m doing things that make a difference to the planet on issues like climate change.  This sounds a little dramatic, but given what I see in my job, I genuinely believe that matters.

Choose a subject you enjoy and don’t think too much about career, that will come in time.