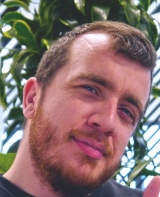 I've also worked on campaigns for Kanye West and Beyonce.

Funnily enough, Leeds Trinity wasn’t my first choice, after not quite getting the grades I needed I spoke to the University on results day and was accepted on to the Sports Journalism course, starting in 2007. My whole University experience was a brilliant time in my life and I’m really glad how everything worked out.

My best memories from my time studying here

One of my favourite memories is playing football with the other lads in my student halls. There was a league made up of teams from each accommodation block, and Shrewsbury Halls FC certainly had a reputation as a no nonsense, tough tackling side! Barcelona we weren't, but it was always one of the highlights of the week, and the occasions we did win lead to some legendary nights out.

I'm still friends with many of my university pals today, and I really feel as though the smaller size of the university helped to build that community feeling. I also really enjoyed the work we did in the television studio, which wasn't something I had considered before, but ended up being my favourite module throughout the three years. How my placement helped me focus my career

My placement was at Doncaster Rovers FC, who at the time were playing in the Championship. I had realised by this point that I didn't actually want to be a traditional sports journalist, but I definitely wanted to work within sport. Getting up close with professional athletes and seeing how the football club was operated was essential for me to reach the point I am at today. I'm not a Doncaster Rovers fan (Feyenoord ’til I die) but I do keep an eye out on their results even now.

My career after graduation

Since graduating I have worked with a number of companies including Booking.com and the dating app Bumble, as a UX Writer (User Experience Writer). I have worked for adidas in Amsterdam as the most senior UX Writer at the company since June 2018, which means I get the chance to work on campaigns for the likes of massive sports clubs including Real Madrid and Bayern Munich, I've also worked on campaigns for Kanye West and Beyonce, although I haven't yet been able to convince them to perform at the Students’ Union! Maybe next year...

What I love about my job

What I love most about the job is seeing the data related to your copy changes. Learning that your work has earned (or lost!) the company millions of Euros is an exhilarating feeling, even if I sadly don't get to keep the money myself! As someone who gets easily frustrated with poorly designed websites, I really enjoy working to make the overall user experience better. It also helps that I'm a true adidas lover, and thanks to the employee discount now have almost 100 pairs of sneakers!

The best skills I left Leeds Trinity with

Without a doubt, the best skill I learned was the ability to diversify what I can write about. Before I went to Leeds Trinity, I was really good at writing about things I was passionate about, but if it wasn't something I cared about, forget about it. The lecturers at Leeds Trinity were able to develop this in me, and the ability to find an interesting story where there doesn't initially seem to be one has proved invaluable. I also learned a lot about collaboration, working together with different people in different roles to achieve a single goal. In my position as a UX writer at adidas in Amsterdam, this has been essential. Every day I work with designers, developers, product owners, and influencers. Without my time at Leeds Trinity, I wouldn't be able to do this. In addition to my regular job, I have also recently written my first book. It's called 'That's not Llandudno' and revolves around the (extremely) amateur football team in my home village of Llantwit Major in Wales. Despite being a Welsh Second Division side, they are mistakenly entered into the Europa League thanks to a hungover Polish man and a missing kebab. It has always been my dream to publish my own novel, so it was an absolutely thrilling moment when I saw the first copies on the shelves.

Someone described my style as being like Terry Pratchett, if he was a football hooligan. There's definitely a compliment in there somewhere, and I'll certainly take it! I would be absolutely delighted if you picked one up - who knows, you might even find a reference or two to Leeds Trinity in there! The story features everything from poisonous fish and chips to hiding in rubbish bins from furious taxi drivers, and I'm sure you won't be disappointed. Do Llantwit Major take home the trophy? Well, that part you'll just have to find out for yourself!

If you're thinking "I'm going to take this course so I can write about football all day", think again, it’s much broader and more varied than that, and sets you up with the skills you need for a wide range of careers. When the time comes to graduate, you'll prepared to do whatever it is you want to do, whether that's writing about Leeds United (finally) getting promoted, UX Writing, television presenting, or much more. Maybe like me, you don't actually know much about the University itself before you go…..but go for it - you'll be pleasantly surprised!